‘Talk to me’: a train driver asking men to open up 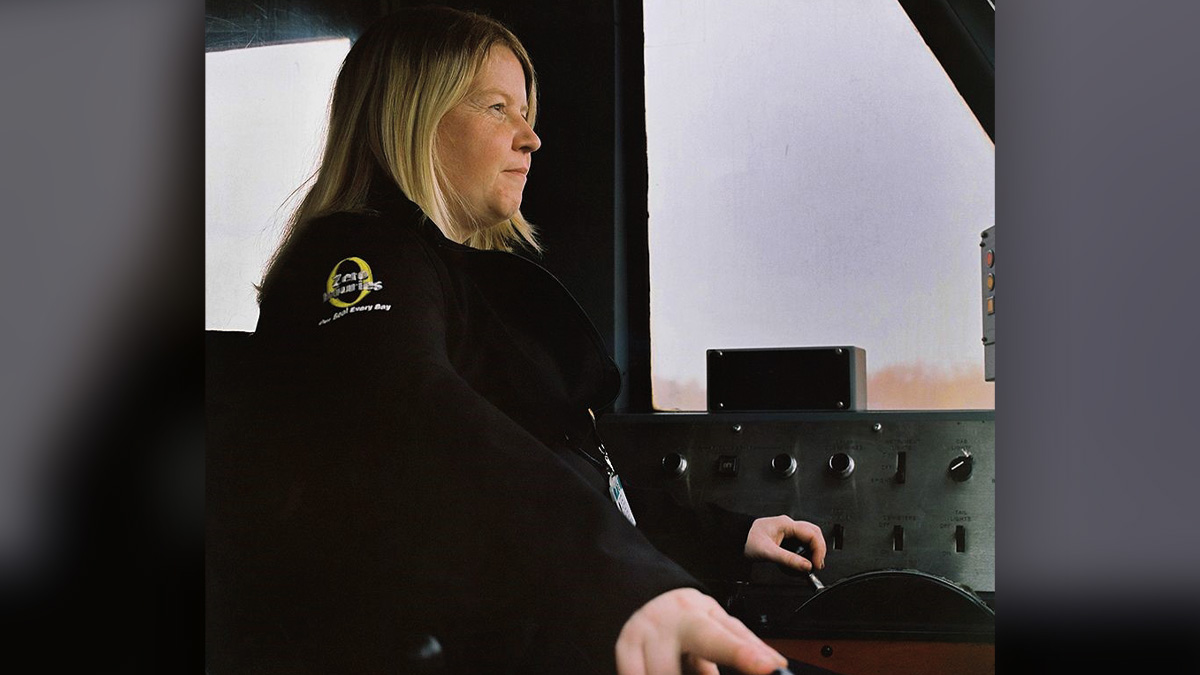 Heather Waugh, train driver for Freightliner, recently spoke to BBC News about her experience and work with Samaritans that has inspired her mission to encourage people to open up and talk about heir mental health. Here is an extract from the feature with BBC journalist Jon Kelly:

As Scotland’s only woman freight train driver, Heather Waugh was already a pioneer. Then a tragedy from her past inspired her to take on a new mission – getting men to talk about their mental health.

Heather sat in the doctor’s surgery. Everything was coloured in in neutral tones. There was a solitary window. She’d been a driver now for eight years, but she wasn’t on duty at the moment. For the past month she’d been signed off from work.

Heather told the doctor about the boy who’d used her train to end his life.

She’d always known something like this could happen – drivers were warned about it in their training and would discuss it among themselves. According to Network Rail, 4.4% of suicides in Great Britain take place on the railways; there were 283 lives lost this way in 2019-20. But nothing could have prepared Heather for the reality of it actually happening to her. She talked about how numb she’d felt ever since it had happened. How guilt had gnawed at her. All the questions she kept asking herself – could she have reacted slightly quicker? Might she have done anything to save him? Heather told the doctor how horrific it seemed to her that anyone could do that – especially someone so young.

“Actually,” the doctor said, “You’d be surprised at the problems we see with men and boys.”

He was talking about mental health. The doctor’s answer saddened her, but having spent her entire career working in heavily male-dominated environments, Heather understood what he meant.

“Something I’d picked up on is that men don’t talk about simple things,” Heather says. “It’s not that men have more problems than women, or worse problems. We all have problems. But women deal with the smaller ones through talking.”

Heather was signed off work for three months. Her employers supported her – she was sent for counselling and hypnotherapy. One of the things that helped her most was the support she received from colleagues. “Big, hard, burly men, who don’t show their emotions, rang me up to say: ‘I’ve been through this too, I’m here for you,'” she says.

When she returned to her duties, she knew she wasn’t quite the same person that she had been before. She was more irritable, less patient than she used to be. She couldn’t watch television crime dramas or anything violent that might remind her of what she’d witnessed.

Then Heather learned of a course run by the Samaritans charity in partnership with Network Rail. It was called Managing Suicidal Contacts and was offered to all rail industry staff and British Transport Police officers – some 22,000 people had taken it since it was launched.

Its purpose was to teach them to identify people on the railways – whether passengers, passers-by or fellow employees – who might be vulnerable to suicide, and then how to approach them.

To Heather, it was a massive eye-opener. “It’s teaching staff to recognise what is out of the ordinary,” she says. “As human beings it’s our job to go and take five minutes to speak to somebody and say, ‘Are you OK?'” she says.

Since then, she says, “I’ve approached people numerous times – you do become aware of when something isn’t quite normal, there are danger signs you can see.” These include unusual body language, staring straight ahead or at the track, and standing somewhere on the platform where you wouldn’t normally go if you were planning to board a train. It didn’t take much to notice when she was getting through. “Sometimes you’ll be sitting having a chat with someone – a really basic chat – and you’ll see the weight of the world lifted from them.” She’d think back to the boy who died, and wonder if talking could have helped him too.

You can read the full story on the BBC website here.